Can I change my Civilization? Print

They are divided into the Western (England, Rome, Egypt, Islamic Empire) and Eastern (Korea, China, India, Japan) ones.

The direction of your civilization development has to be chosen once your Castle reaches level 2.

Later, when your Castle reaches level 12, you will be able to choose one of the 4 respective nations.

Civilization can be later switched to any other one via the National Treasure Monument but requires a Nation Change Ticket or 5000 Gold coins.

Press your National Treasure building → National Monument Effect → Change Nation → select the nation you wish to choose from the list on the left → press Select Nation. 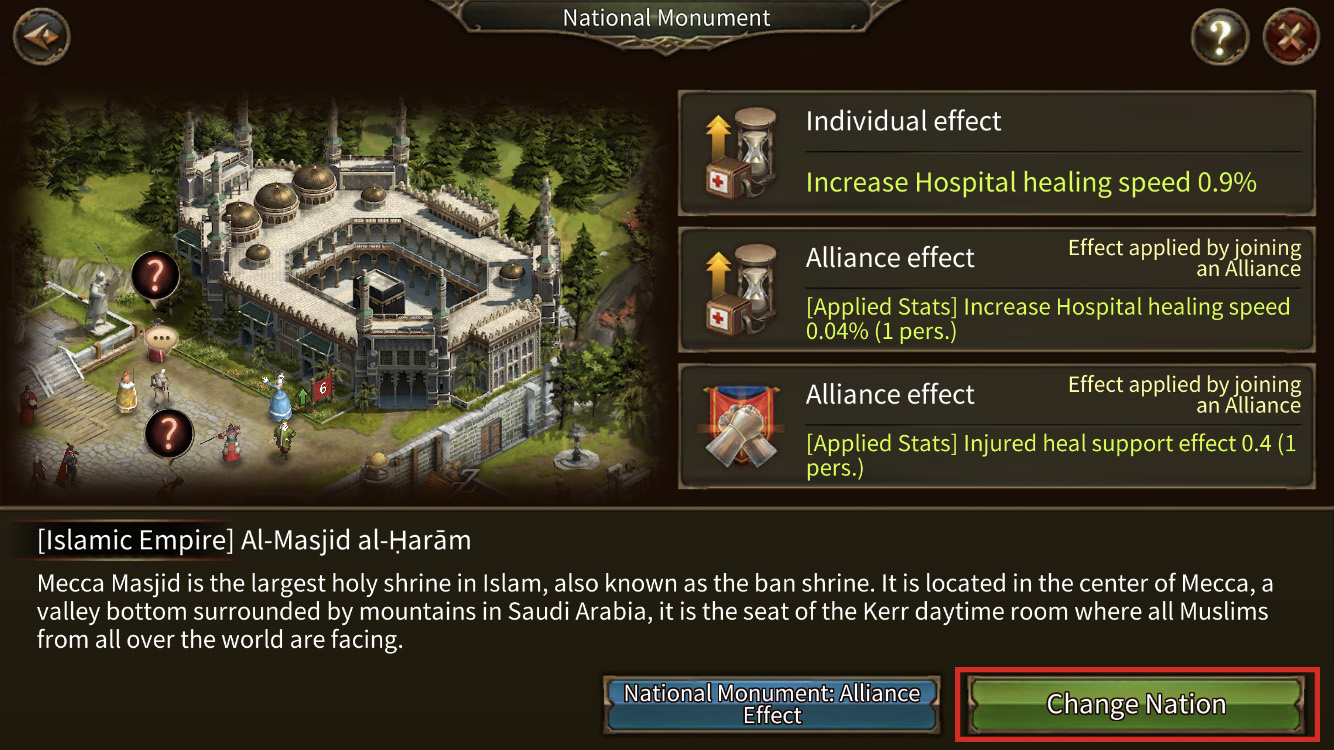 After switching to another civilization, the unique troops of the previous nation will remain in your army, however, you will not be able to train them anymore. Unique troops of your newly chosen civilization will be unlocked when your Troop Barrack reaches the required level.

More on each nation's features and unique troops here.

Also, you will still be able to find all civilizations' Relics from the Excavation Site.

C
Cle is the author of this solution article.

Did you find it helpful? Yes No

Send feedback
Sorry we couldn't be helpful. Help us improve this article with your feedback.